Be A Man; Wear Colors 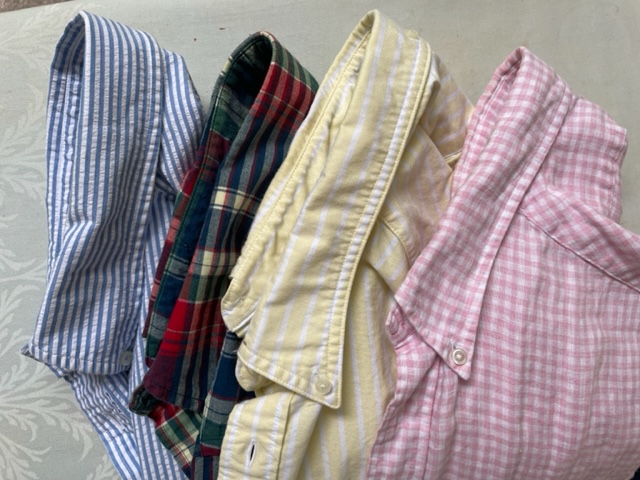 The library in the small town in which I live has a robust children’s selection. Periodically, I will pop in to see if there are any books my sons would enjoy.

Since last month was Pride Month, some of the books on display have themes dealing with gender identity, or with challenging traditional notions of gender or sexuality. I have very young children, so most of these books are a little too mature for them. But a few have more simplistic messaging, specifically that it is ok for boys to like “girly” things and for girls like “boy” things.

That’s a pretty universal message everyone can get behind. It’s ok for boys to play with dolls or for girls to play with trucks, for instance.

Also, it’s ok for boys to wear pink and for girls to wear blue. As parents, we naturally would say this to our kids. It’s sad that kids get made fun of or bullied for this kind of stuff. Kids have much less latitude with their peers when it comes to how they dress than adults do. But we tend to lose sight of that and think it isn’t really a big deal.

One of the best ways for us to show our kids that they can wear whatever colors the want is for US to wear colors.

It sounds so stupidly simple, but it really has a big impact in helping them with their overall confidence.

As men, sometimes we fall into the style rut of just wearing blue, grey, and black. Maybe a burgundy or a green makes its way in there sometimes. Until recently, it never would have occurred to me to buy anything in a pastel or something like that. I just didn’t think it was really “me”.

Now I own a handful of more colorful shirts. A yellow striped oxford. A pink checked linen button-down. And it’s important that my sons see me wearing them. If they are used to Daddy wearing all different colors, they won’t think it’s weird for a man to wear pink, for example. And they will be less likely to make fun of others for it.

More broadly, they also won’t think it’s weird for boys to partake in other stereotypically “girly” things. It will help them see that those stereotypes are stupid, because they see that Dad doesn’t subscribe to them.

As kids get older, they naturally want to belong to a group. They will mentally categorize things as “for boys” and “for girls”, simply because they have no life experience and are trying to sort everything out in their minds. This isn’t a bad thing. They’re just trying to get a handle on their environments.

Because if they see Daddy adhering to silly stereotypes, there won’t be any hope for them. 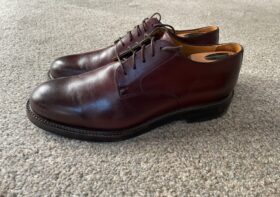 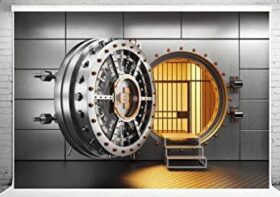 Fill Up Your “Clothing Bank” 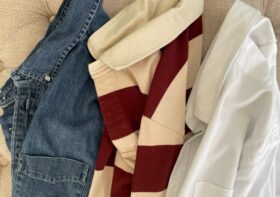 The Only 3 Shirts You Need For Fall