Don’t Give Your Kids A Complex 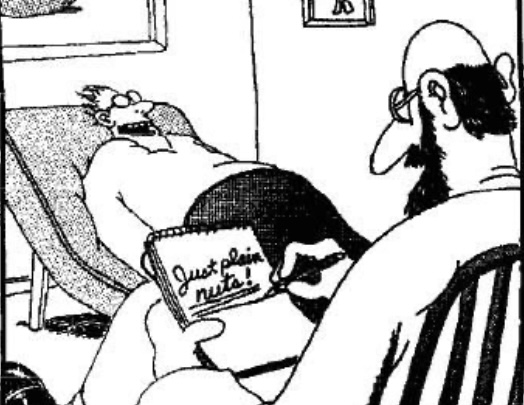 It’s no secret that I like clothes. I derive pleasure from thinking about them, wearing them, and writing about them.

I like using something until it falls apart. I like rediscovering something in the back of my closet that I had forgotten about.

I feel fortunate that I take such pleasure in something that we all do daily. That pleasure has been born out of many years of cluelessness and insecurity, however.

But because one of my passions is an everyday activity, it exposes my children to that passion constantly (and throughout each day). More than, say, someone who was passionate about golf or baking where the exposure might be once-in-a-while.

And this is why I need to keep it in check. I need to be extra careful about it.

The other day, my four-year-old son happened to be wearing one of his favorite shirts when we all went to one of the town parks. He said that the kids at the park will like him because he is “wearing the right clothes”.

Hold the phone. Did my son (who is not even in kindergarten) just express concern about being liked based on his clothes? Yikes. That seems early to me.

Then I had that awful feeling that all parents have pretty much every minute of every day… “Did I cause this? Have I done something wrong that has contributed to his insecurity?”

And the answer is “Yes, probably.”

For someone who is passionate about golf, their kids may only see that passion here and there, like when Dad heads off to the course. Dad’s passion for golf may manifest in the children as, say, an anxiety about being good at sports in general, but it’s much more isolated than when a child has a dad who is passionate about the stuff draping his body all day every day, which presents itself in every circumstance of life. That kid would be like, “well I don’t play golf so this doesn’t really affect me”. Wearing clothes, on the other hand, affects everyone all the time.

We need to be hyper aware about how our passions (obsessions, maybe?) influence our kids and what our kids see. They have underdeveloped brains (ain’t that the truth) and can’t process nuance.

Just like if you or your wife are sticklers about weight, your kids are going to have a complex. If your kids see you be critical of yourself, they will do the same thing.

If you look in the mirror and say “Ugh, I look so fat” then they will have hang-ups about their body. They will think it’s normal to be critical and hard on the themselves about their weight. They will think it’s normal to view themselves in a negative light. Similarly, if you are fastidious about your clothes then they will share those insecurities.

I’ve written many times before to not worry about the little things. If your shirt is a little wrinkled or a little stain gets on your jacket, don’t worry about it. A little fraying on the collar or cuffs? No problem! Make sure your kids don’t see you freaking out because you can’t get your tie right before your interview. Don’t get all bent out of shape because the shirt you planned on wearing was in the laundry. Don’t show them that you just have no idea what to wear.

They will internalize all of it.

They will see clothes (and how they look in them) as a source of anxiety and dread. It will become an unsolvable puzzle they have to attempt to crack every morning. They will worry that you won’t approve of them because they aren’t “wearing the right clothes”. They will think “Well, this is really important to Daddy so I better not let him down”.

By example, show your kids that getting dressed is a way to show respect for yourself and others. Show them how clothes can be a source of joy and self-expression.

Also, make sure to compliment your wife sincerely and often. Your kids need to see positive affirmations. My wife and I are intentionally liberal with compliments to each other while around the kids. We want them to see that it’s normal and expected to say nice things about your spouse and to not be critical of them.

Sometimes it’s so exhausting to be hyper-vigilant regarding every little thing regarding our kids. But that’s parenthood. We can’t let up. We can’t relax. We owe it to them to show them a world free from our own baggage.

Because, let’s be honest, when they reach adulthood they’ll have plenty of their own. 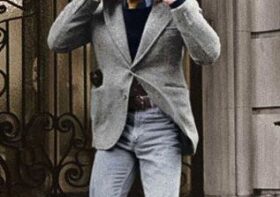 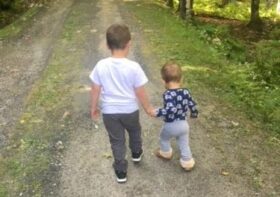 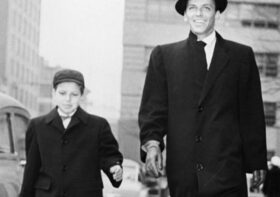