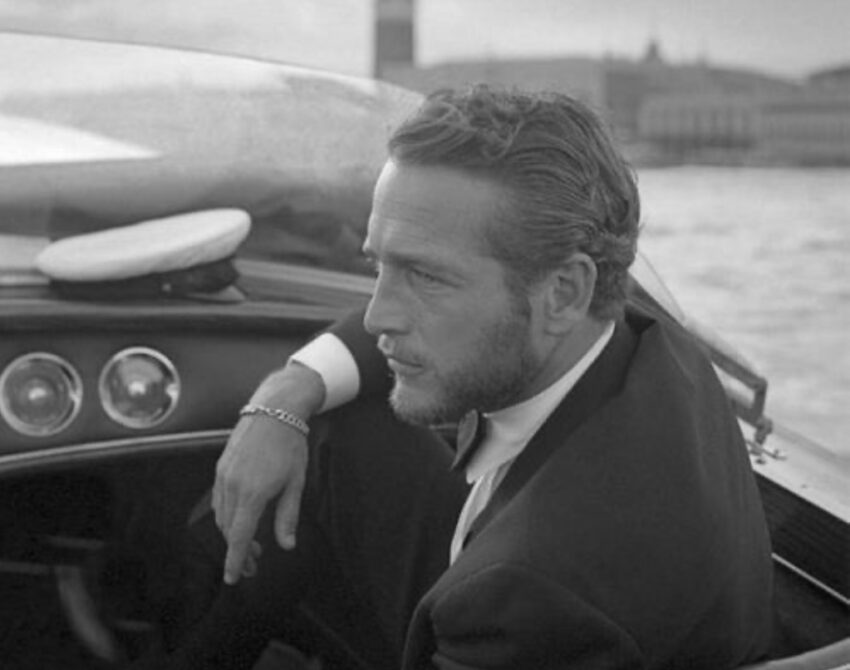 The topic of the relationship between masculinity and clothing is pretty broad and I won’t be able to address most of it here. For now I’d like to focus on one aspect.

A large portion of what we like to wear and what we feel looks good on us is due to how we perceive we appear to the opposite sex (or whatever sex one happens to be attracted to). As men, since we naturally want to appear attractive in the eyes of a woman, we try to embody the traits most likely to garner that attraction. None of this should come as a surprise.

I once read an article a long time ago that polled a fairly large group of women from various backgrounds about what they most liked to see a man wear. “Flannel Shirt” ranked near the bottom of the list. “Suit” ranked fairly high. But the choice that received the most votes was “Looks like he just doesn’t care”.

Now, that phrase needs to be examined a bit. By “just doesn’t care” I am sure the women polled meant something along the lines of “a confident and inherently attractive man whose insouciance stems from a strong understanding of style basics, such as proper fit and hygiene, and timeless clothing selection”.

And that seems somewhat true for both men and women. If asked, anyone would say they prefer a mate who has that kind of easy, breezy confidence. But that confidence and competence doesn’t just come out of nowhere.

But this all strikes to the heart of why it’s so hard for men to dress well and why it feels so alien to us to put in effort when it comes to our appearance.

We feel that the effort itself makes us less attractive in the eyes of women. We feel that it’s the women who should be concerned with how they look but we men should just toss something on and get back to work. It feels girly and effeminate to care about our clothes.

Men have more important things to worry about! Right?!

Worrying about what we wear makes us less of “real men”, or so we fear. But, we know that women still like a well-dressed man. So we are caught between these two thoughts. We are unable to practice dressing enough to get to the point where we APPEAR to “just not care” because we are afraid people will see us trying and think we are less manly for it.

Yikes, this is tiring to even write about.

I don’t think it’s the effort itself that’s the turnoff, though. It seems to me what turns women off is if a man is overly fussy about his clothes. Traditional masculinity means, partly, to be calm and collected and not let little things ruffle your feathers. To be too worked up over how your clothes look or fit, or if they get dirty or rumpled, is antithetical to that ideal.

After all, clothes aren’t THAT important. So it comes off as petty and small if a man is too particular about his clothes. I have written many times about how important it is to not be too fussy about your clothes.

But I didn’t just arrive at that level of nonchalance. It took years of annoying fussiness to finally calmly settle into my own style. And that’s what I try to help you all with. To clear away the chaff. To hack through the vines that obscure your path to sartorial comfort, whatever that means for you. I hope that I can help convey you along that road so you feel comfortable pulling on whatever and heading out the door. I want you to feel as if I have already done the heavy lifting for you.

I forget who said it originally but it’s quoted in one of Alan Flusser’s books. To paraphrase: A man should look as if he chose his clothes thoughtfully, put them on with care, and then forgot all about them.

It’s that last part that’s most important. Forget all about them. What that’s really saying is “don’t let your clothes do all the talking”. If your clothes are the most prominent thing conveying your personality to the world, then your personality is pretty boring and you need to work on that.

Being too particular about your clothes is the male equivalent of appearing “high maintenance”. Again, the initial effort is fine because it means that you care about your presentation. As hard as it is for men to come around to that fact, it is still true.

But don’t let your clothes do all the talking.

Early on, when I first started dressing “well”, I was so particular about my clothes that I became known at work as the “suit guy”. That’s not necessarily a bad thing, but I was not confident enough in general to let the rest of my personality shine through. No one really knew much about me, except that I liked to wear a suit. I wasn’t “Richard…..who likes to wear a suit”. I was “The Guy Who Always Wears A Suit…..I think his name is Richard”.

The other day, I had to go into the office for one of our sporadic “in-person” days. In the past, I would have dressed to the nines, not only because I like to, but because I would have been nervous and felt like my clothing choices were the most interesting things I could “say” to the world.

Instead, I chose some khaki cotton chinos, a blue oxford button-down shirt, a lighter weight brown checked tweed jacket with a white linen pocket square, and burgundy shoes. It was very simple. But it was because of its simplicity that I felt so good about it. It was so easy and comfortable and it almost felt like I “just didn’t care”.

So, as men, can we all collectively work to dispel the myth that caring about how we look is somehow unmanly? All it does it hold us back.

And I have a strong sense that our wives and girlfriends will appreciate it. 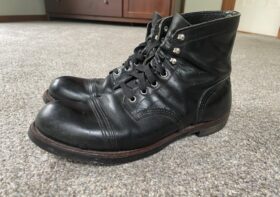 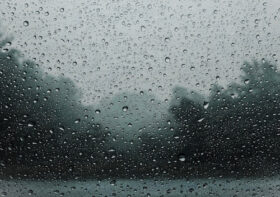 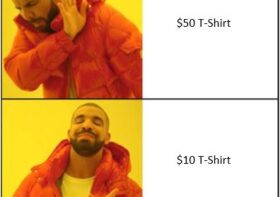