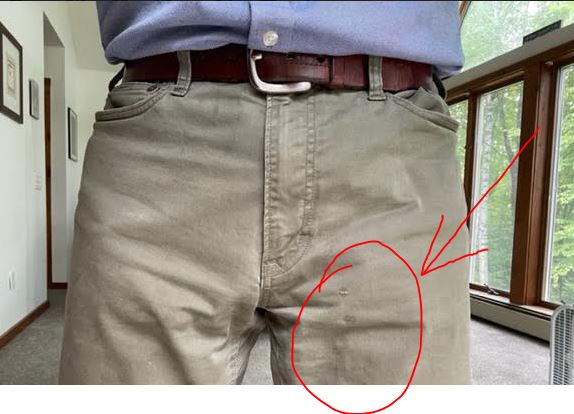 That title is not clickbait, I swear.

Today I’d like to discuss something that generates a great deal of embarrassment. I am talking about awkward crotch stains. Now, before you bounce because you think this is going to be some weird NSFW post, let me assure you that everything in this article is strictly G-Rated.

For our purposes today, Awkward Crotch Stains refer to the stains that form on the lap of a man’s trousers that come from the day-to-day handling of the messy business of fatherhood. This article will show you why you not only shouldn’t mind them, but you should, in fact, celebrate them!

Crotch stains can be really embarrassing. It either looks like we peed on ourselves or something else more nefarious has happened. It makes sense that we should be hyper-vigilant about removing these stains as soon as they form.

But why do they form in the first place? Maybe you dropped some olive oil in your lap while reading a new library book to your son at dinner time. Maybe a bit of dirt got smudged on you when your daughter handed you a cool rock she found in the garden. Maybe the dog drooled a bit of gravy when she tried sitting in your lap when you were on the floor helping your son set up his train track. Maybe your toddler needed to wipe the dirt off his hands after he took a spill in the driveway while trying to keep up with his older sibling.

Do you see the common thread here? The stains form because you are involved with your kids. Playing with them. Reading to them. Exploring the world together.

Not only are you dressing well (which goes without saying if you visit this site regularly), but you are LIVING in your clothes. You’re showing your kids how to roll with the punches. You’re showing them that spills happen, but most importantly, you aren’t freaking out about it. It’s like in The Birdcage when Robin Williams says to Nathan Lane, “Albert, you pierced the toast. So what?!”

Sure the stains may come out after a couple washes, but maybe not. After a while you won’t even really notice them. 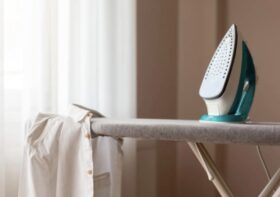 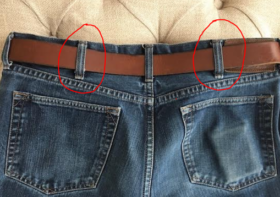 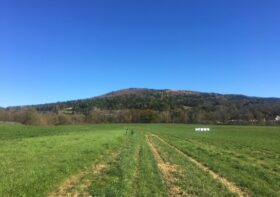