If You’re Going To Waste Time, At Least Be Honest About It

Last year I wrote an article about how your cell phone is ruining your life. The article details a three-week experiment I conducted around lowering the time spent on my phone and all the benefits that came from that.

Basically, my experiment illustrated that all the hours I usually spent mindlessly staring at my phone could be much more wisely used.

I was shocked, SHOCKED!

Anyway, even when we are being mindful about our phone habits, I think we all sometimes end the day with that nagging feeling that we weren’t as productive as we could have been. It’s always nice to come to the end of a day spent with your nose to the grindstone, but not every day’s work provides that level of satisfaction.

We are often left feeling a little restless and a little guilty.

“Did I really work as hard as I should have today?”

“I could have gotten more done, but the day kind of got away from me.”

These thoughts and feelings plague us all, since we all want to be productive and feel like we are providing for our families. And that “I’m not doing enough” fear is a constant thought.

We know that scrolling on our phones is a waste of time. We even think that while we are doing it. There’s a little bit of “Yeah, this is stupid. I should put the phone down and not watch that eighth straight YouTube video.”

What made me think of this was something that happened the other evening.

My five-year-old asked me who Mario and Luigi were since one of his friends dressed as Mario for Halloween. I said that it was an old video game that I played when I was a kid. He asked if I could show it to him, so I pulled up a YouTube video of someone playing the original Nintendo game.

Man! What a trip it was seeing the game and hearing the music.

Video games are such an absolute waste of goddamn time!

The video my sons were watching was thirty-eight minutes of someone beating the original game. Each time Mario would beat a level, the little toadstool says “Our princess is another castle.” At the end of the entire game, the princess says “Your quest is over.” And then the game ends.

That’s it! Nothing else happens. Even watching the video where the player beats the game flawlessly felt like a gigantic waste of time. I can’t imagine how many hours it took him to master the game before filming himself beating it.

Actually, I can because my sister and I played the game when we were kids (I was younger, so I was always Luigi).

I was even questioning why he was picking up the coins on each level. Yeah, they eventually give the player an extra life, but this guy didn’t need it. Does the game track high scores? If so, who exactly is he competing against? Himself? What does that matter? This is so pointless!

Yup. That’s it. It just ends. Giant waste of time, wasn’t it?

Unfortunately, that’s true of all video games. I’m not saying that video games are inherently bad, just like I don’t think playing on your phone is inherently bad. But let’s be honest about what they are: wastes of time.

Now, the debate about whether video games are good or bad has raged for decades. The argument usually goes like this…

Person A: “Video games are a waste of time.”

Clearly, that argument is going nowhere.

My view is that it’s not wrong to like video games. Video games are literally engineered to be amusing and they are created to make our brains addicted to them. Just like our phones!

But don’t lie to yourself and say they are anything but a waste of time.

I wouldn’t try to justify futzing on my phone as “I’m improving my hand-eye coordination!”

I wouldn’t try to justify an hour of social media as “I’m conversing with people all over the world!”

I look at it for exactly what it is: a waste of time. As long as I am honest with myself about that, then I still feel the twinge of “yuck” when my daily screen time creeps up. And that yuck factor keeps it in check!

If your kids see you playing video games all the time, they are getting a front row seat on how to shut off their brains and let their days slip away. Is that really what you want your kids to emulate?

Video games really became popular in the 80s and 90s when we were all kids, so we all grew up with them. They were normal to us. As we all got older, it became ok for adults to fritter away hours playing video games under the guise of “it’s just harmless entertainment.”

Yes, it’s entertaining, but that’s all it is. Being good at a video game has absolutely zero benefit in real life. When those hours are up, you are no better off than when you started. I always thought it was ridiculous when Guitar Hero was popular and all those people got really good at that game. I kept thinking how much better it would be if they poured all that time into learning how to play AN ACTUAL GUITAR! Instead, they are left with a completely useless “skill”.

When I first got a smartphone, I downloaded some game apps, thinking that’s just what you did with a smartphone. I played one for about ten minutes before thinking “What the hell is the point of this? This is so stupid.”

You can watch a movie and be entertained. That movie can make you think. Or laugh. Or cry. A movie can rise to the level of art. Video games can’t.

You can read a book and be entertained. I always tell my sons that reading literally makes you smarter.

Please don’t try to tell me that spending two hours playing video games nourishes your brain the same way that watching The Philadelphia Story or reading Shakespeare do.

I get the social draw of video games, though. I have very fond memories of coming home from college during winter break and getting together with my core group of friends from high school. We would go over to someone’s house, drink beer, and play Halo together for hours on end.

But you know what? It wasn’t the video game that we cared about. It was being together and shooting the breeze with old friends. The video game was just the background. It could have been poker. Or checkers. Or quilting. The activity wasn’t the point.

Those times weren’t a waste because I got to spend time with people I cared about.

Now, I do know people who play video games with their kids. If you are using video games as a means of spending time with your children, then that’s totally fine. Sure, I think there are better things you could be doing, but if the kid is interested in the video game and it’s a way for you to be with them, then by all means play the game. But don’t spend hours playing it after they go to bed.

Contrary to how this is probably coming across, I am not being hypocritical. I am fully aware that equating phone screen time to video games means that I, too, am guilty of consciously firing precious time out the window.

But I am honest with myself about it, and actively try to curb it. Many who play video games try to justify it as harmless fun, or worse, as actually beneficial!

Video games force your brain into statis for however long you’re playing. You aren’t focused on anything else but the game. Also, don’t try to say that playing them helps problem-solving skills. Again, you’re an adult and should have that locked down at this point.

Almost literally anything else is better than playing video games, provided you aren’t getting into trouble.

“What about watching TV?” Yes, that’s also a waste of time. Usually. There are definitely TV shows that elicit the same feelings within us as great movies. In those cases, you are consuming art, which has value. But often, mindlessly watching TV falls into the same category as phone use and playing video games.

Playing video games is an addictive behavior that costs a not-insignificant amount of money that has a detrimental effect on the user. Like smoking.

A little bit of video game playing here and there is not a problem. Just like playing on your phone for a little while. But be honest about the fact that it’s a waste of your time and you would, ideally, be spending zero time doing it.

Do you think the highly successful men of the world spend hours a day playing video games? Do you think Thomas Jefferson or Winston Churchill would have wasted their time with video games if they had the chance?

No. They would use their precious little time for making incremental improvements in themselves.

Learn to cook. Learn a new language. Learn an instrument. Read a book. Talk to your wife. Start a business. Write in a journal. Call your mother. Take a walk.

Don’t want to do any of that? Rather play video games?

But if you’re going to waste time, at least be honest about it. 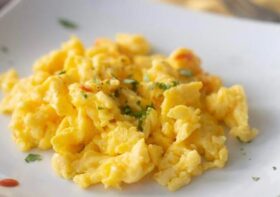 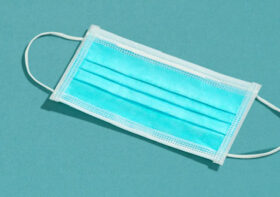